The Witches of Narberth

Poster from a previous year: 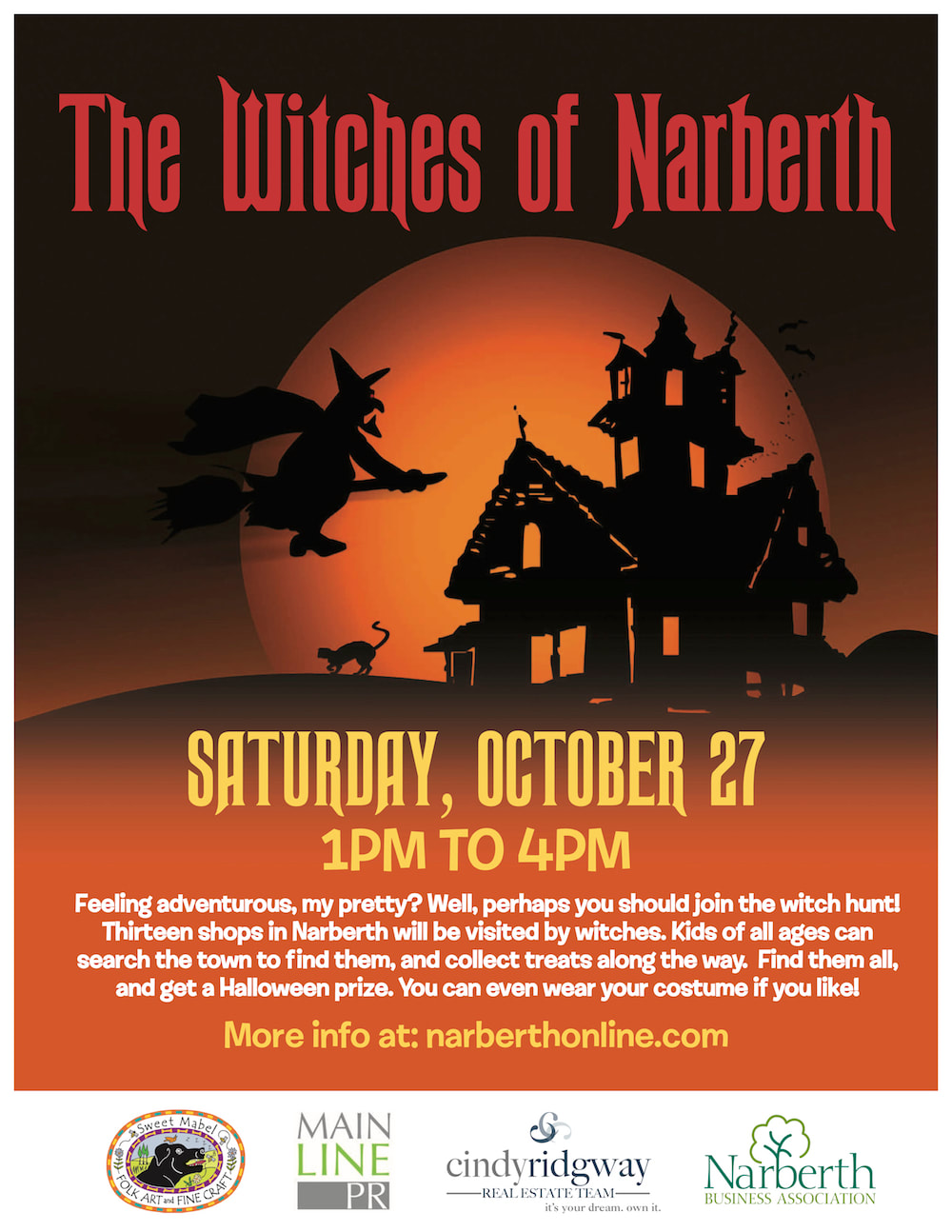 Poster from a previous year.

Narberth - “The Heart of the Main Line”
The Borough of Narberth is located off the beaten path and is close to everything at the same time. Narberth is unusual for a Main Line downtown because it’s not located right on Lancaster or Montgomery Avenue.  It’s quietly nestled right between the two main corridors, so it’s possible to travel right past the Borough and never even know it’s there. However, it’s actually one of the closest Main Line towns to Philadelphia - just three stops out of Center City on the “R-5” Paoli/Thorndale train. ​ 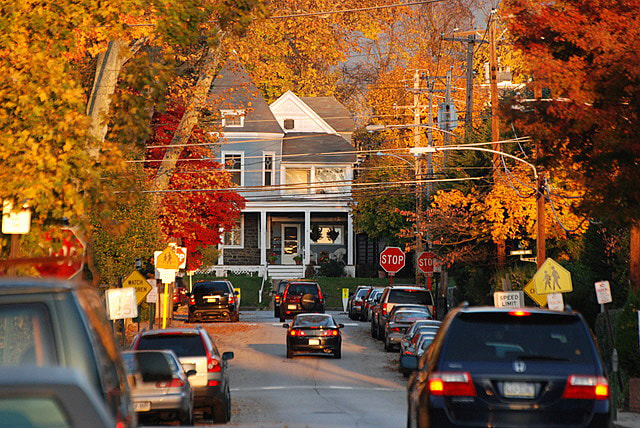 Visitors who see if for the first time often remark that Narberth’s downtown looks like a real blast from the past, and it frequently gets compared to “Mayberry”.  Haverford Avenue, Narberth’s main street, features several unique stores and restaurants, including some that have been operating continuously for many years.  There’s a locally owned grocery store, toy store, bookshop, and ice cream parlor.   Narberth has several restaurants downtown, and right around the corner you’ll see the marquis for the local movie theater. 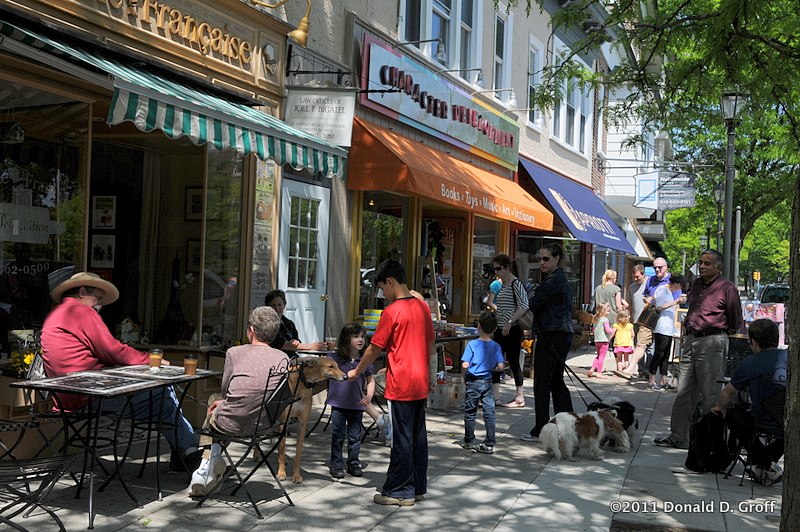 Downtown Narberth has modern touches as well, with an eclectic blend of artsy stores, boutiques, galleries, salons, gyms, eateries, a gourmet cheese shop, and an authentic French patisserie - all within a few blocks. Residents in this half-square mile Borough love that you can leave your car parked all weekend and just walk everywhere you want to go.

Narberth residents, or “Narbs”, are convinced that Narberth is more than just one of the best towns in the area - it’s the best! When today’s homebuyers research their list of wants and must-haves, Narberth checks every box on their wishlist.  The Borough enjoys terrific walkability to parks, shops, restaurants, public transportation and schools, plus a real downtown, friendly neighborhoods, outdoor events for all ages, an outstanding school district, quick access to Center City Philadelphia, and the region’s easiest commute. 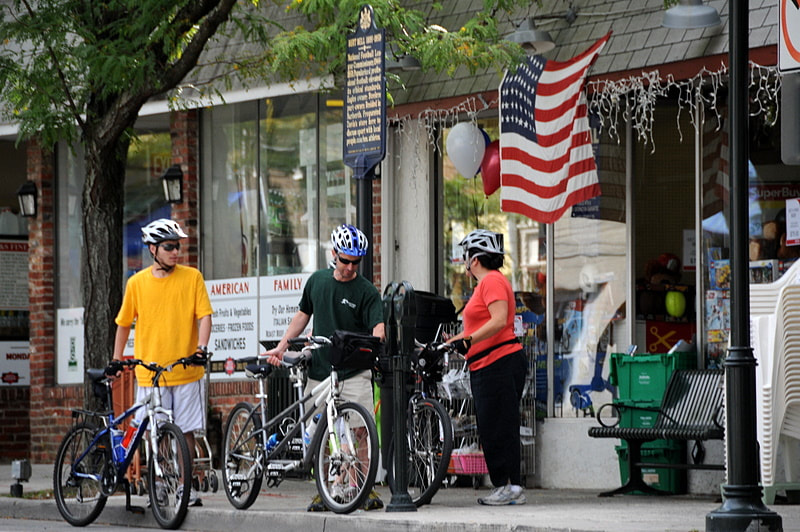 The features and amenities of Narberth living have made the area extremely desirable, and have created an unusually competitive real estate market. The lot sizes are generally small, and housing stock is a mix of singles and twins that is smaller and older, but Borough homes still typically command quite a premium.  Even homes just outside the Borough limits, (often called “Nearberth”) are marketed as being “close to Narberth”. ​ 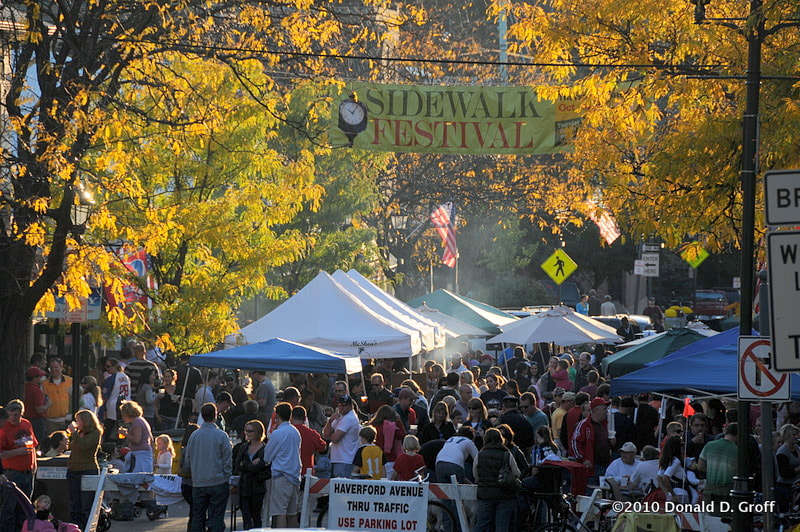 Surrounding communities love Narberth’s downtown, but they also come for all the family-friendly events sponsored by the Borough and its many organizations.  These include First Fridays, the Great Leprechaun Hunt, the Easter Egg Hunt, NarbEarth Day, the NarBark Dog Parade, Fourth of July Fireworks, the Narberth Music & Art Festivals, Summer Concerts in the Park, Witches of Narberth Scavenger Hunt, the Halloween Parade, the Narberth Dickens Festival, and more! ​
Cindy Knows Narberth!
Cindy Ridgway ​has the most home sales of any agent in Narberth Borough every year for the last four years. (TREND 2014-2017). Find out why so many buyers and sellers in Narberth, "Near"-berth and Lower Merion trust Cindy and her team!   Contact Cindy